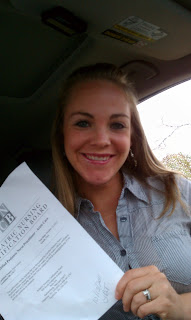 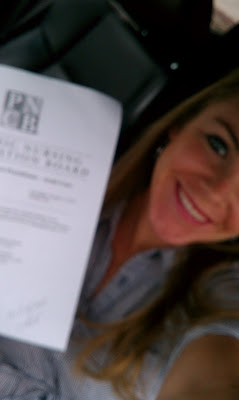 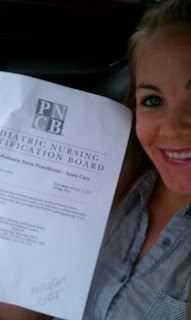 And I couldn't be HAPPIER about it! Can ya tell!! 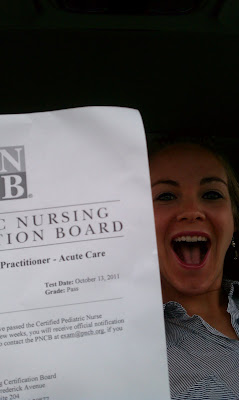 Whoa baby! Not even sure what to do about that now! I think I'll just enjoy it for today and let the "thinking" start later.

My brain hurts because boards were NO joke!

Once everything was in the locker, it was made very clear that you could not take ANYTHING into the testing room at all! And just to ensure that there were no gummy worms, video games, or other such propaganda entering into the sacred testing zone, they had a wand-y thing like at the airport. And a pat down.

Yes, you heard me. There was a pat down.

I had to stand on a duct tape X on the floor when the testing lady asked me to "pat my pockets down" to ensure that there was nothing in them. I looked down at my outfit (boots, leggings, and a long button down shirt...all without pockets). After telling her I didn't have any, she finds these 2 pseudo pockets on my shirt.

YUP, right there!! AND she asked me to pat them!

At first I thought she was joking. But when I looked up she was as stern and serious as you can imagine!

So right there, standing on that little silver X, in front of others waiting for their personal pat down, I gave my ta-ta's a nice little pat down. 4 pats to be exact. Because apparently that's how many I thought would appropriately show that the only thing under those pockets were my lady lumps.

Wish I could say I enjoyed it.

What I can say is the guy next to me in line seemed to greatly enjoy it. In fact, his facial expression said "Dude, I SO need to take these tests more often!"

I, on the other hand, will not be taking these tests more often. Or ever again for that matter!

Because I'm done! Because I passed boards!! And because I can pat my lady lumps down in the comfort of my own home without an airport wand-y thing. Or a stern lady staring at me. Or a "boy-man" who is all too excited about it.

OK, so most likely the last part will be included in my home. But at least I will know the guy. And hey, ya can't fault him!

So these lady lumps and I (ahem, the new RN, MSN, AC-PNP) will be out celebrating tonight! But not too late, because the PICU calls early in the morning! Oh the adventurous life I lead! : )
Posted by Dana at 4:24 PM